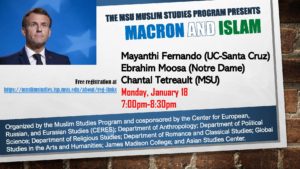 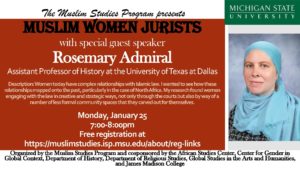 The Muslim Journeys program at the MSU Library which will feature the following three events:

Wednesday, March 3, 7pm: I Was Their American Dream by Malika Gharib