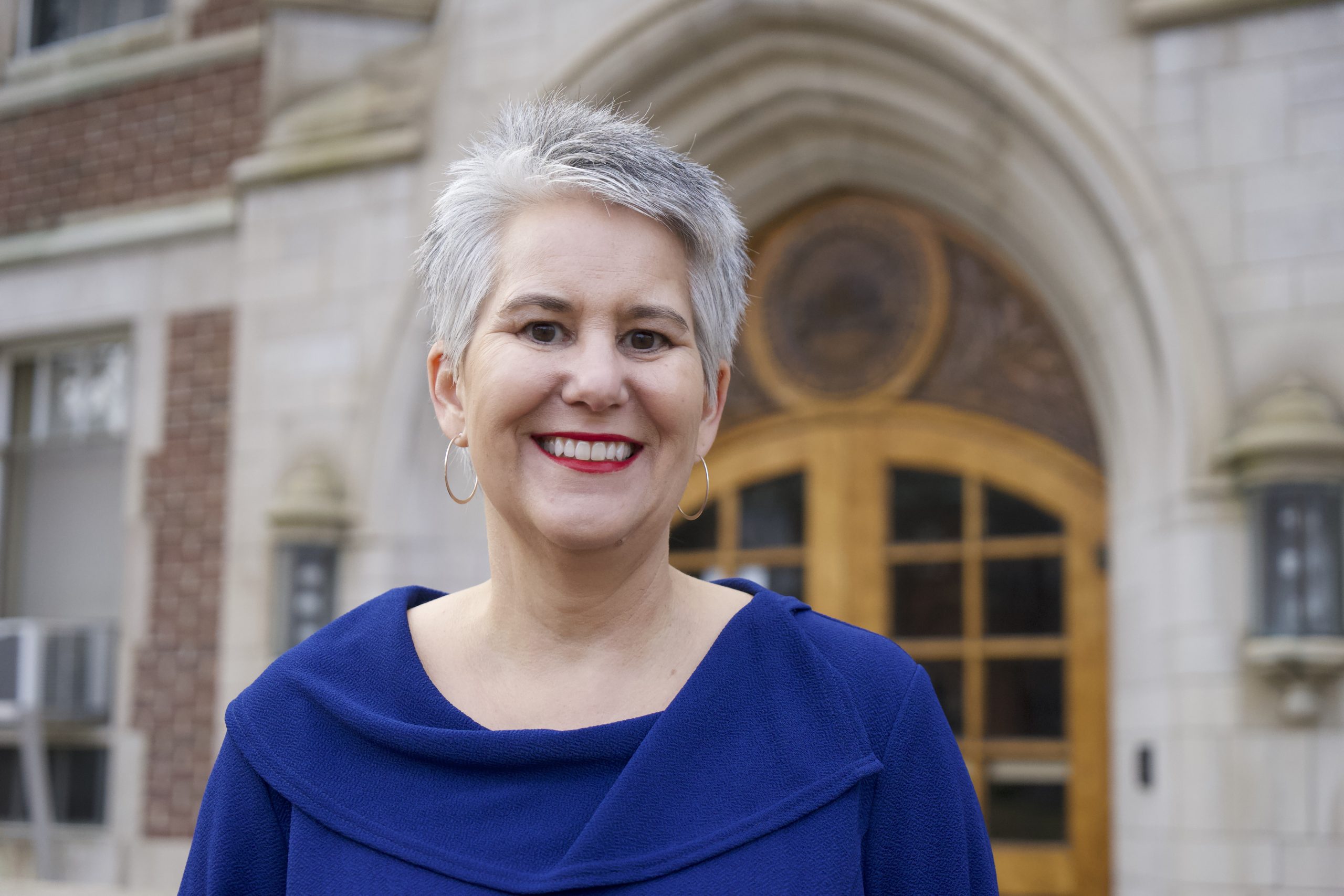 Amy DeRogatis, Professor in the Department of Religious Studies, is being recognized for her outstanding work and will receive the William J. Beal Outstanding Faculty Award at this year’s Michigan State University Awards Convocation.

With more than $1 million in funding from the Andrew W. Mellon Foundation and the Henry Luce Foundation, the ARSP has grown into a resource for scholars conducting primary research, while fostering broad public engagement through an online gallery and exhibits.

DeRogatis is the author of two well-regarded monographs: Saving Sex: Sexuality and Salvation in American Evangelicalism and Moral Geography: Maps, Missionaries and the American Frontier, as well as more than 30 scholarly articles and book chapters. “Saving Sex” has been favorably reviewed in both academic journals and the popular press, having found a public audience upon being featured in The New York Times, The Atlantic, and Salon.com.

DeRogatis creates extraordinary opportunities for students to learn and to grow. Her passion for creating inclusive learning spaces has been a valuable component of her work as the Faculty Excellence Advocate for the College of Arts & Letters and in her own classroom.

A former student who is now a faculty member at the University of Massachusetts wrote: “Dr. DeRogatis’ course showed us the value and virtue of bringing a scholarly rigor to some of the most controversial topics in American society today. Her teaching was a model for how to foster an inclusive classroom space in which students could discuss these ideas openly, fiercely, and always with empathy, and it showed me a way forward for my career in academia.”

For all that she has done to help the MSU community live up to its highest values of inclusion and excellence through her research, teaching, and service, Amy DeRogatis is a most worthy recipient of the William J. Beal Outstanding Faculty Award.

The MSU Award Convocation is scheduled for Tuesday, February 4, at 3:30 p.m. at the University Club in Lansing. Colleagues, family, and friends are welcome to attend.